Lucy Küng, a Senior Fellow at the Reuters Institute for the Study of Journalism (University of Oxford), is an expert on strategy, innovation and leadership with particular emphasis on managing technology shifts. She is a Visiting Professor of Media Innovation at the University of Oslo and sits on the supervisory board of the Swiss public service broadcaster, SRG. She has published numerous books, including “Innovators in Digital News”, in which she identifies and discusses the key elements of successful media companies. She gave the inaugural Conference at the XXIII International Journalism Congress held by the University Miguel Hernández of Elche (Spain), in which she spoke about the challenges that news companies are facing and innovation in digital media.

Question: In your book “Innovators in Digital News”, you analyze successful case studies such as Buzzfeed, Vice, Quartz, The New York Times and The Guardian. What makes these newsrooms more innovative than the rest?

Answer: I had a set of criteria where I was looking for serious commitment to journalism and solid performance. Although for the digital players it is much harder to get data, the ones I chose are a group of organizations who are committed to quality news and innovation. They all seem to be enjoying varying levels of success, depending on where you draw it - some calculate it in terms of audiences, but that doesn’t necessarily mean that they are financially successful in the current environment.

Q: In your opinion, will legacy media companies be able to catch up or do you think people will increasingly turn to new digital platforms?

A: The challenge is not really the digital pure players; the challenge is now the platforms, which are a moving target. The real challenge for these companies nowadays is the complexity of having to operate across numerous platforms at the same time. They have to maintain the traditional platforms, while trying to be relevant in the digital sector as well. The problem is that legacy media companies still have legacy audiences on their traditional platforms - for example the print editions are still keeping the newspapers afloat at the moment - so they can’t exit that.

Legacy media companies have to continue innovating, and in my opinion they would benefit from being more transparent about how much work goes into quality journalism.

Q: Do you think that the emphasis that media companies are now putting on technology and user engagement to stay up to date, will mean that the quality of content will suffer?

A: No. It depends on the audiences you are catering for, but if an organization is in to serious journalism the content will not be affected, what can change is the format. VOX is the best example, it has exactly the same editorial values that always existed in traditional offline journalism content and they have just been transferred to new formats.

What you find with media companies is there is never one single factor that determines their content, it really depends what they are trying to do. For example Buzzfeed is trying to gain audience, so they emphasize shareability. 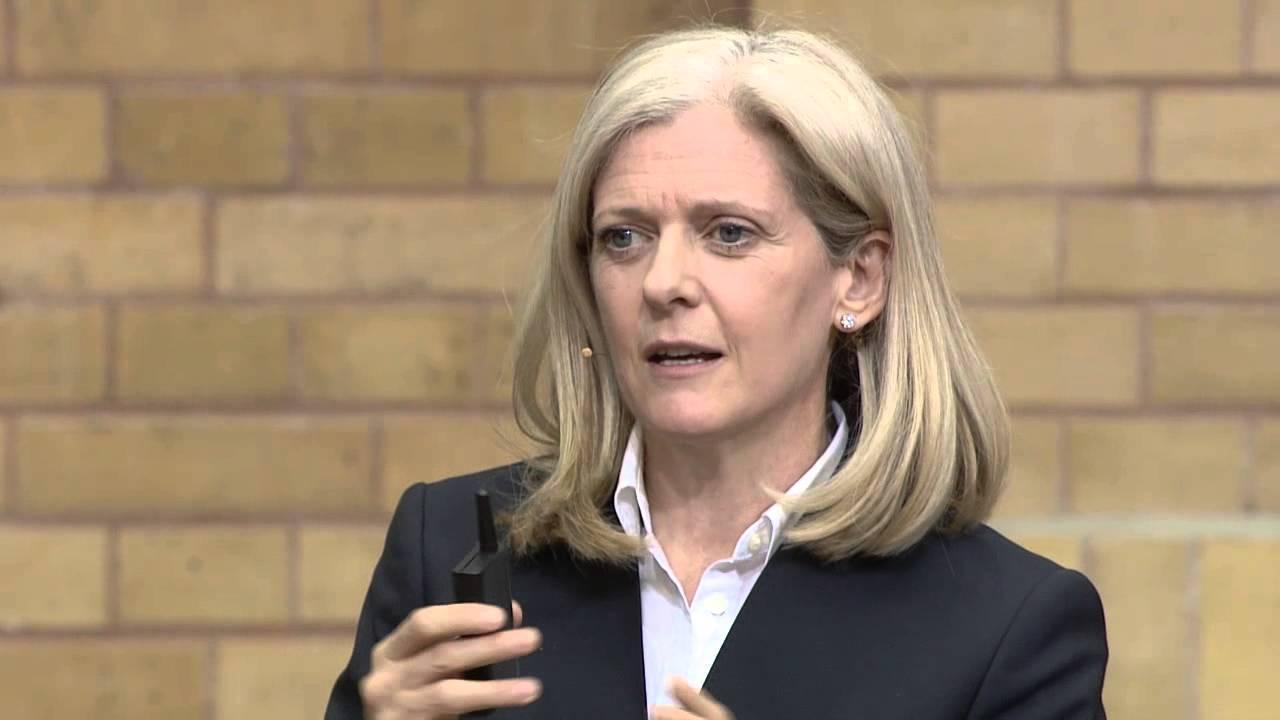 Q: Audience interaction is made possible by digital platforms, but how much do you think users’ input should condition the news we receive?

A: I think it is increasingly important, and it is enriching journalism. It is very important that news providers interact with their audiences and understand what interests them.

When John Reith started the BBC he said you can’t give people what they want, because what they want will be really down-market. I don’t believe that at all. I think what you see is that reader informed, or data informed journalism can be fantastic.

What a lot of the leading serious journalism organizations who use data have said to me, is that it is very unusual to be surprised by the data, but it help to highlights issues that they did not realize were as important or interesting to their audiences. From their point of view, in an era where their resources are so constrained, it’s very helpful for them not to devote time to things that no one reads. Data is a way to ensure that they build engagement and loyalty, but also that they focus on telling stories that people want to hear, as well as the stories they think people need to hear.

Q: In your book you say agility should be one of the most important features of newsrooms. Could you please explain its value?

A: I think agility is incredibly important in this era of change in journalism. It is the ability to move with the market and move with technology. In disrupted sectors like the media it is really critical, but very hard to do. Actually we see that especially large organizations like legacy media companies have problems being agile, it is much easier if you are smaller and focused.

Q: In your opinion what should the strategic end goal of a media company be in order to lead the way in the current landscape?

A: I find difficult the use of the collective noun “the media industry”. Every media organization is different, it is set in a different context, and it has a different set of objectives. For example what you see is that the people who consume news from the digital pure plays are not consuming legacy media brands anyway, so in many ways it is a different market.

Every company’s strategy has to be their own. They have to decide why they exist and produce content. The business side of the strategy supports the editorial side. Obviously the core value is knowing why they produce their journalism and committing to that. Another element is working out how they are going to finance their product. 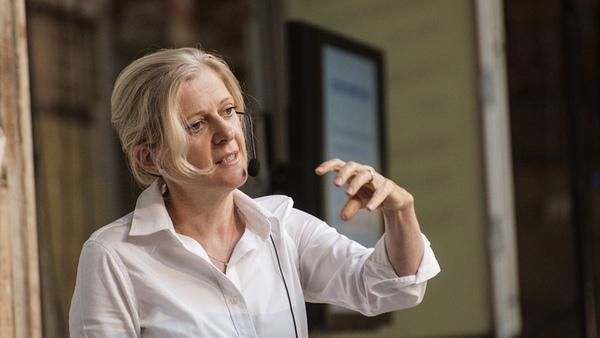 Q: What do you think is the most productive business model for media companies nowadays? Why?

A: It depends. What we are seeing for ex newspapers is a shift to subscription. One of the benefits of the Trump phenomenon has been to demonstrate the value of quality journalism, and that has translated into readiness to pay.

So in terms of business models I think we will see subscription, membership, or some sort of relationship with commercial partners like advertising or events. Essentially the task is to make up for the loss of advertising revenue which has been consumed by social media platforms, and for most companies was a very substantial chunk of income.

Q: Do you believe there is a danger of digital platforms such as Google or Facebook having too much power in the news we receive?

A: Yes, I do. Their scale, extraordinary resources, and reach make them a very difficult problem to deal with. But they are there and have to be worked with. Part of the answer lies with regulators and governments, who should decide what role they want these players to have, and acknowledge their implications in our lives, and their effect on democracy, business, borders, and national identity. Advertisers also have to understand, as do consumers.

The recent terror attacks in the UK brought to light the relationship between the different media platforms, fake news, and terrorism; in the political discourse. It is very difficult to understand how these organizations operate and be able to influence them, but I think the necessary regulations will be put into place. 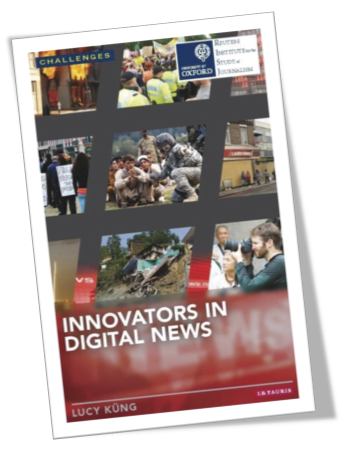 Q: How can journalists combat fake news and assure content that users can trust?

A: Fake news is a very complex issue, partly because it’s resonated with the public. One does not know to what extent we are exposed to things that were always there, or whether it is a new phenomenon. What fake news has done is thrown a spotlight on advertising platforms, because that is what makes fakes news profitable. What is alarming is that people can’t distinguish between what is fake and what is not. In some ways, it has helped trusted news brands, because readers turn to platforms they recognize. On the other hand, it may affect the trust that people have in the news in general, because there is the issue of undermining credibility.

It’s definitely a phenomenon that has influenced the outcome of elections, but it is really hard to know to what extent. What was clear with the rush of fact-checking services is it did not really shift opinions. People are ideologically positioned to believe what they want. The new Facebook fake news tool is definitely a step in the right direction.

Q: What innovations have you found media organizations working with for the future?

A: The tools that media companies are innovating with all go into the category of shiny new things, and the organizations need to decide which ones to invest in. Chatbots definitely make sense for generations that have grown up with texting. For me the most fascinating innovations are probably voice tools like Alexa or Siri, which have a huge potential. Another is virtual reality, but as far as I understand, it is a way off being ready for consumer adaptation.

Q: For aspiring journalists entering the industry now, what do you think are the main qualities a journalist needs to have?

A: If you have digital affinity, understand where technology is heading, put into practice digital storytelling, know what product is, and use digital media to build a profile, you are in pretty good shape. Journalists should take advantage of the amazing opportunity that social media platforms like Instagram or Twitter give you to build profile and get known.

I would advise coding and UX for aspiring journalists because coding is becoming such a basic literacy nowadays. There has been a really big cultural shift in the relationship between the journalist and the user, who expects a certain level of information. The UX (user experience) mentality is to make the content as accessible as possible to the user, and social media platforms are setting standards so high that the audiences of media companies are expecting the same level of service. Journalists need to understand that shift and be able to deliver the content the users want.